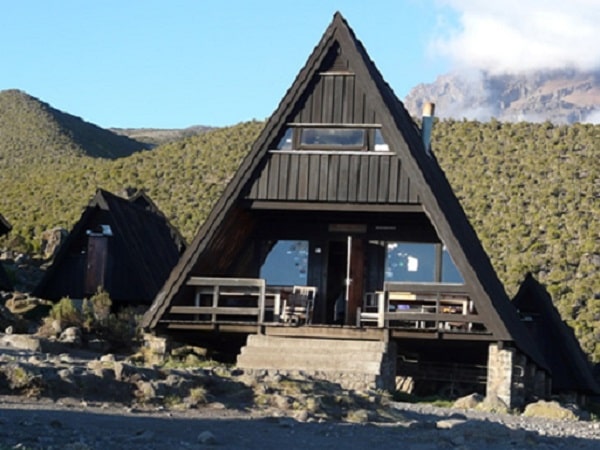 Known as the "Coca-Cola" route, the Marangu route is a classic trek on Mount Kilimanjaro. It is the oldest, most well established route. Many favor the Marangu route because it is considered to be the easiest path on the mountain, given its gradual slope. It is also the only route which offers sleeping huts in dormitory style accommodations.
The minimum days required for this route is five days, although the probability of successfully reaching the top in that time period is quite low. Spending an extra acclimatization day on the mountain is highly recommended when climbing Kilimanjaro using the Marangu route. So we request you to take at list six days. However, despite its immense popularity, we avoid leading climbs on the Marangu route. The route has the least scenic variety of all the routes because the ascent and descent are done on the same path and it is the most crowded route for that reason. Marangu is favored only during the rainy season, where the hut accommodations are preferred over wet ground, or for those who only have five days to climb Kilimanjaro. 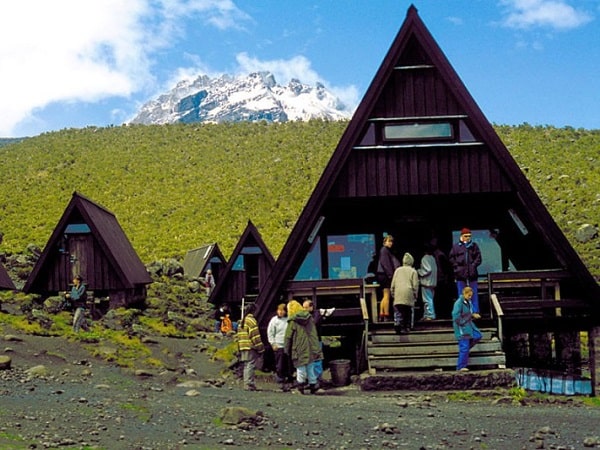 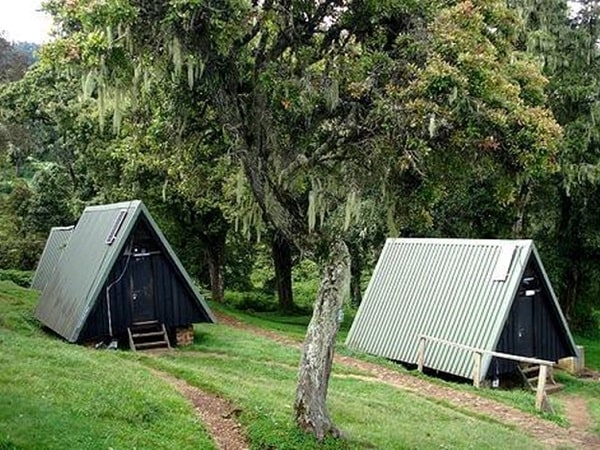 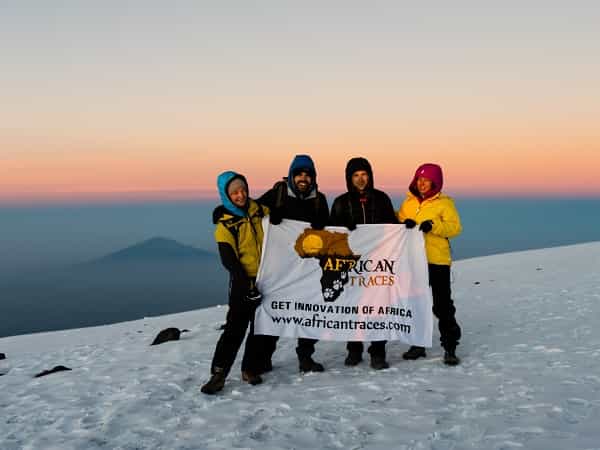 The second most popular and indeed one of the most beautiful routes up the mountain is the Machame Route. Also known as the Whisky Route, this trail is both longer and slightly more challenging than the Marangu Route. Where accommodation on the Marangu route is in huts, the Machame route offers strictly tents only. The route is better suited to the slightly more adventurous hiker, however rewarding him with a scenic splendor such as not seen on the Marangu route. Provided of its challenge about 80% of hiker makes to the summit of Africa. 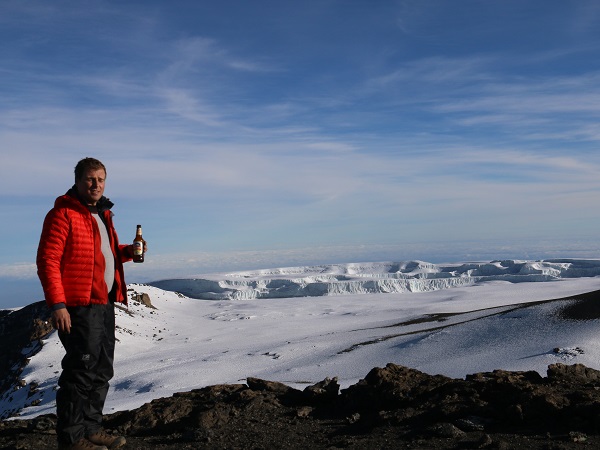 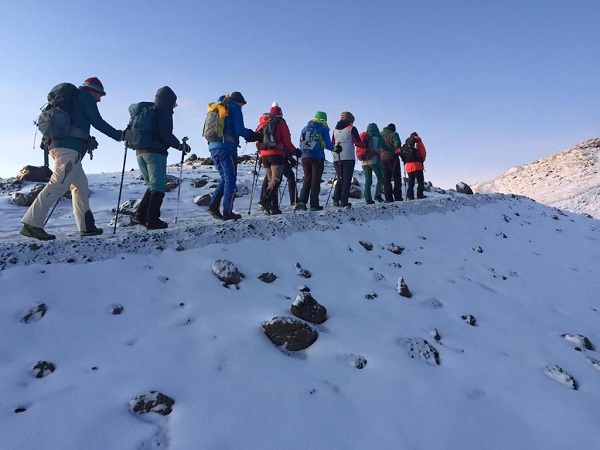 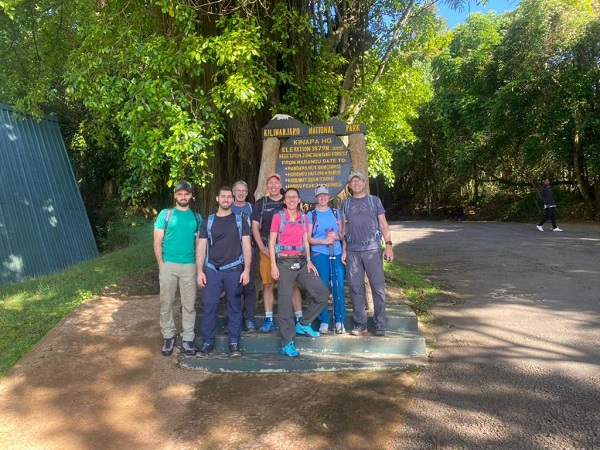 Hike to Kilimanjaro Lemosho Route, Lemosho route is traditionally one of the quieter and lesser-known routes on the mountain. Its also the newest and probably the most diverse in terms of the ecological systems and landscapes it passes through. The first two days of this route take you through lush rainforest before you emerge into heath and moorland then join the Machame Route on the third day. This narrow trail, which begins on the Western side of Kilimanjaro, has some very steep and undulating sections. Arriving day Kilimanjaro airport to Moshi 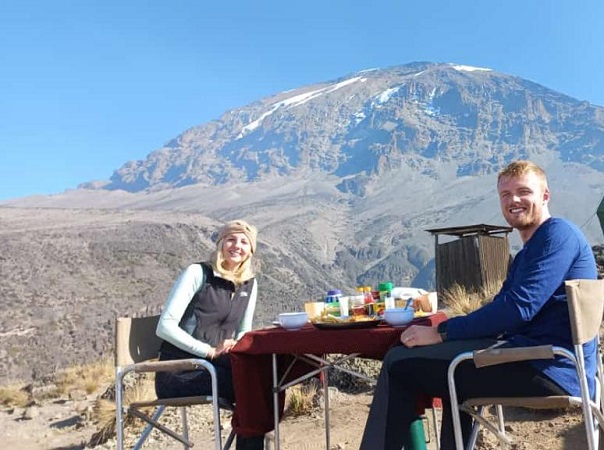 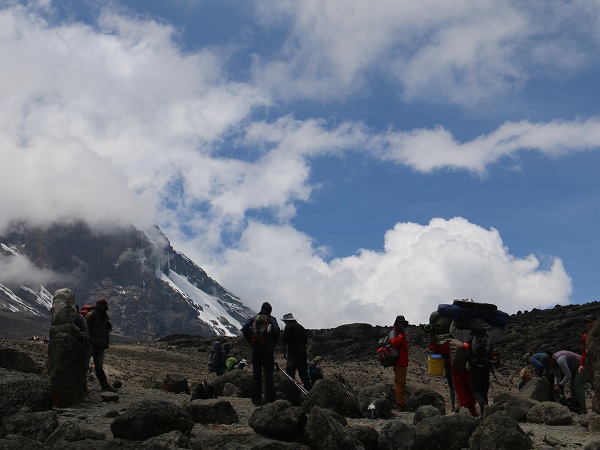 Shira Route is a little used trail that begins near Shira Ridge. It is nearly identical to the Lemosho route. In fact, Shira was the original route and Lemosho route. is the improved variation. Although Shira is a varied and beautiful route, it is less favorable than its successor due to the relatively high altitude of Shira's starting point, which is accessed quickly by vehicle. It is possible that climbers will experience some altitude related symptoms on the first day while camping at 11,800 feet.
The route approaches Mount Kilimanjaro from the west, beginning with a long drive from Moshi to Shira Ridge. The vehicle bypasses the rain forest zone and the hiking trail begins on Shira Ridge. The Shira route crosses the entire Shira Plateau from west to east in a pleasant, relatively flat hike. Then the route traverses underneath Kilimanjaro's Southern Ice Field on a path known as the Southern Circuit before summiting from Barafu. Descent is made via the Mweka route as others route. 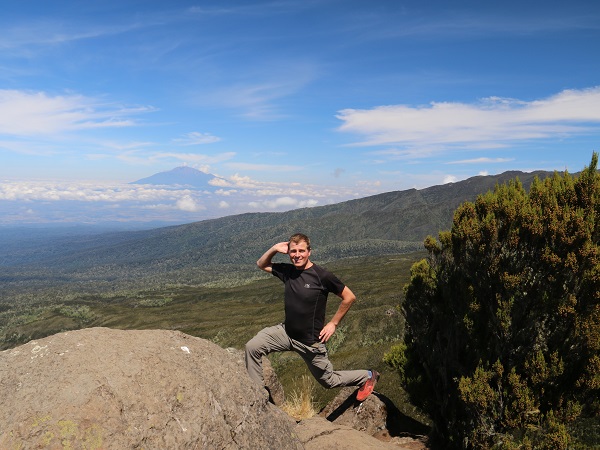 Rongai Routebegins at the remote, northern side of Kilimanjaro near the Kenyan border. We hike through a true wilderness area towards the jagged Mawenzi Peak, then cross a barren desert saddle, before climbing up Kibo eastern crater wall. The Rongai route is a more gradual ascent, therefore preferred by those with little or no backpacking experience, but is equally enjoyable for even the most beautiful route in which you can see the wild animals. 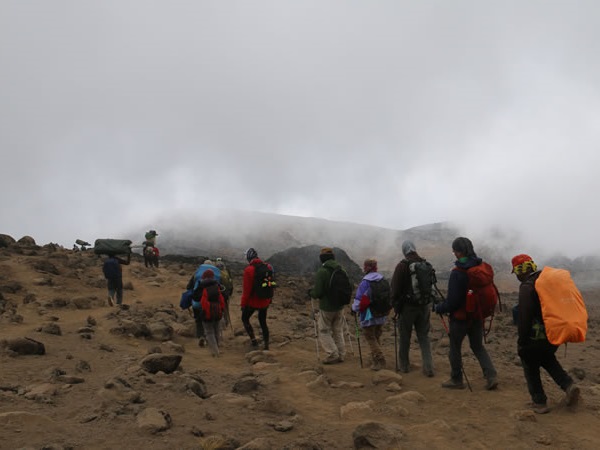 The Umbwe route has a reputation for being the most challenging route on Kilimanjaro. And rightly so. It’s the shortest and steepest of the Mountain Kilimanjaro which is approaching from the south, the Umbwe route is a short, steep and direct climb. After reaching Barranco Camp, the trail turns east and traverses underneath Kilimanjaro's Southern Ice Field on a path known as the Southern Circuit before summiting from Barafu. Descent is made via the Mweka route. 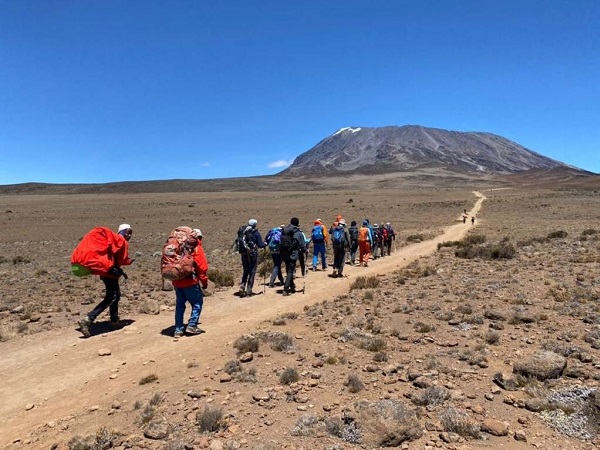 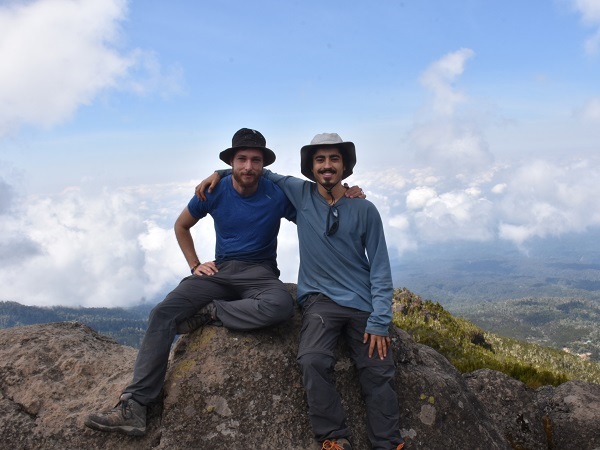 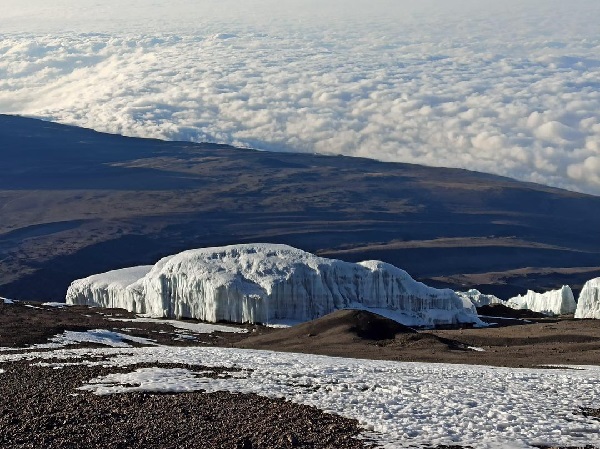 Crater Camp is a unique place. At 18,865 feet above sea level, it is the highest campsite on Mount Kilimanjaro. It is located just 475 feet below the summit. We offer the opportunity to stay at Crater Camp on the Lemosho and Northern Circuit routes. This option will add one day to the standard itineraries making them the 9 Lemosho Crater Route and 10 days Northern Crater Route.
We leave for the summit during daylight hours and stay at Crater Camp after the summit for better acclimatization. On all other Kilimanjaro routes, only the guides and clients summit while the rest of the mountain crew remains at high camp (Barafu or school hut). Using Crater Camp requires significantly more effort on our part as the entire mountain crew, along with all of the expedition equipment, has to ascend 4,000 feet higher than they normally would. Therefore, there is considerable added cost to do a Crater Camp route.
From Crater Camp, one can take an optional one hour hike to Reusch Crater, or simply explore the areas around Furtwangler Glacier. Reusch Crater is a magnificent sight. It is almost perfectly circular and the ash pit measures 400 feet (120 m) deep and 1,300 feet (400 m) wide. This is rarely seen by tourists. The video below puts the size of the ash pit and crater into perspective.
We understand the attraction of staying at Crater Camp. However, the drawback of sleeping at this high altitude is that it is pretty dangerous. Serious AMS can develop if adequate altitude acclimatization has not been achieved.
Due to safety concerns for clients and staff, the 9 Lemosho Crater Route or 8 day lemosho crater route and 10 day Northern Crater Route. We offer them for specially request. 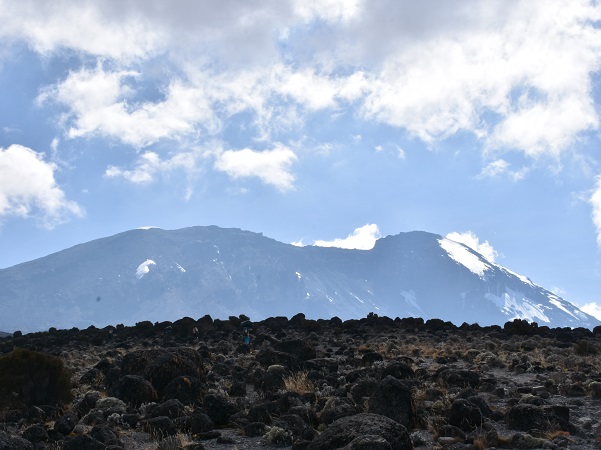 As its name suggests, the Western Breach is a gap, formed by lava flow, on the western outer rim of Mount Kilimanjaro main summit, Kibo.
The Western Breach offers one of the shortest climbing routes to the summit. The core of this route, stretching from Arrow Glacier Camp to Crater Camp, involves sections of relative steepness and a high degree of exposure depending on route variation. It was temporarily closed after a rock slide accident in January 2006 killed three people.
Despite its moderate inherent risks, among experienced climbers the Western Breach is still a popular ascent route because it is very direct and more interesting than the two heavily frequented standard routes on the southeast face of Kibo.
Alternatively, it is possible for trekkers on most other routes to stay one night in the crater at the Crater Camp, allowing for extended time to explore the peak without the added risk of an assault via the Western Breach.
It may be advisable to spend an additional night at Lava Tower Camp (4600m) to aid acclimatization before positioning to Arrow Glacier Camp (4800m) the day after, in preparation for the final night-time climb to the summit.
Avoid being in the breach in windy conditions, as well as daylight hours, which may both increase the probability of rock fall. Ensure sufficient acclimatization and rest before entering the breach, so as to be able to move through it swiftly, minimizing exposure time to rock fall. 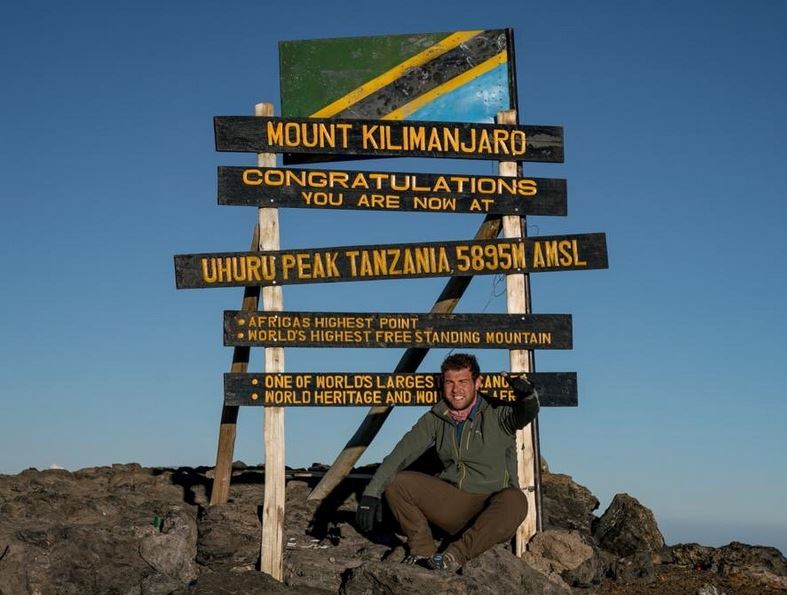 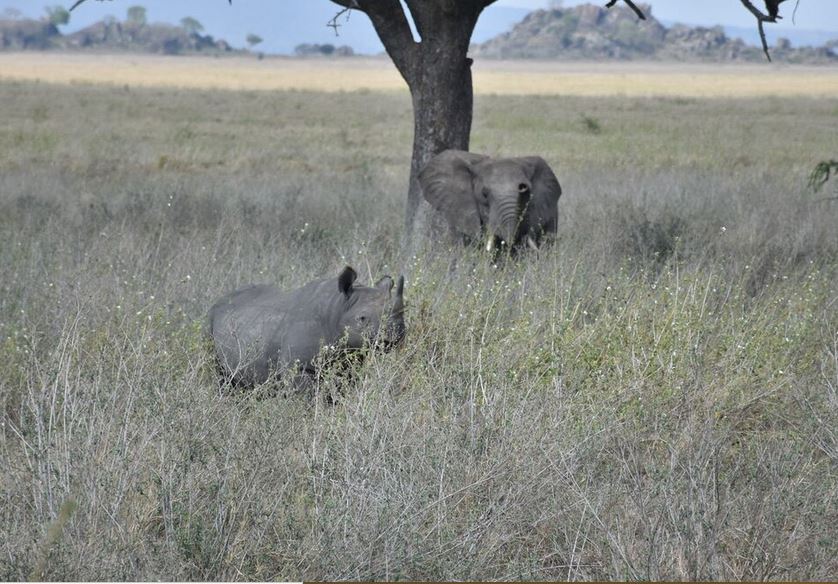 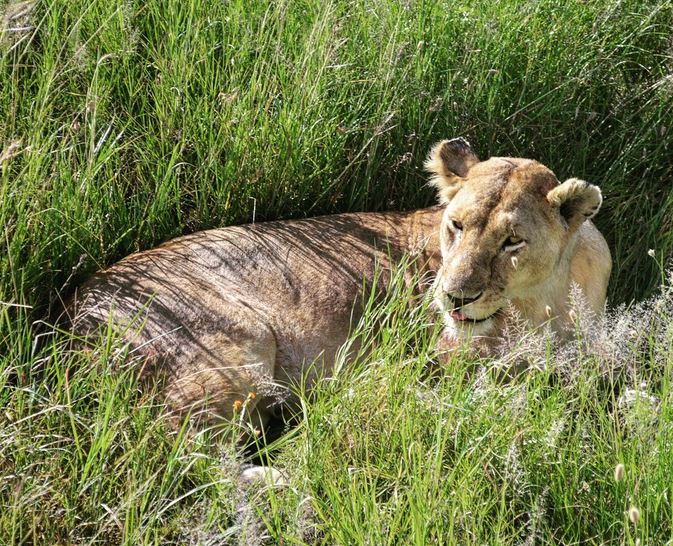 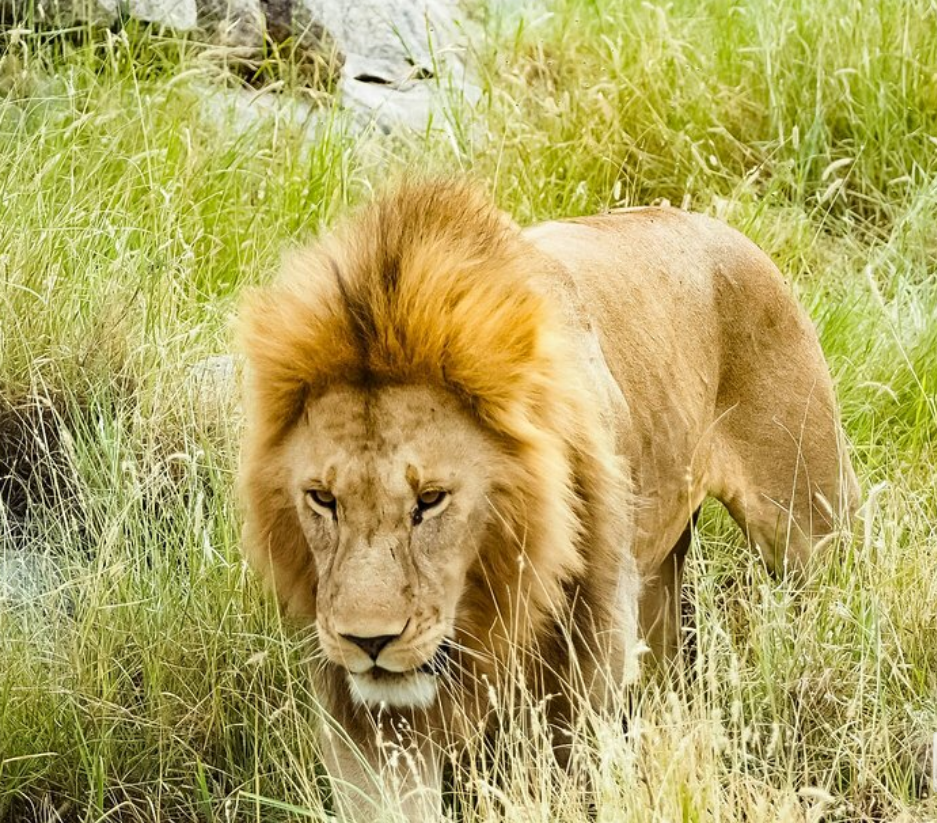